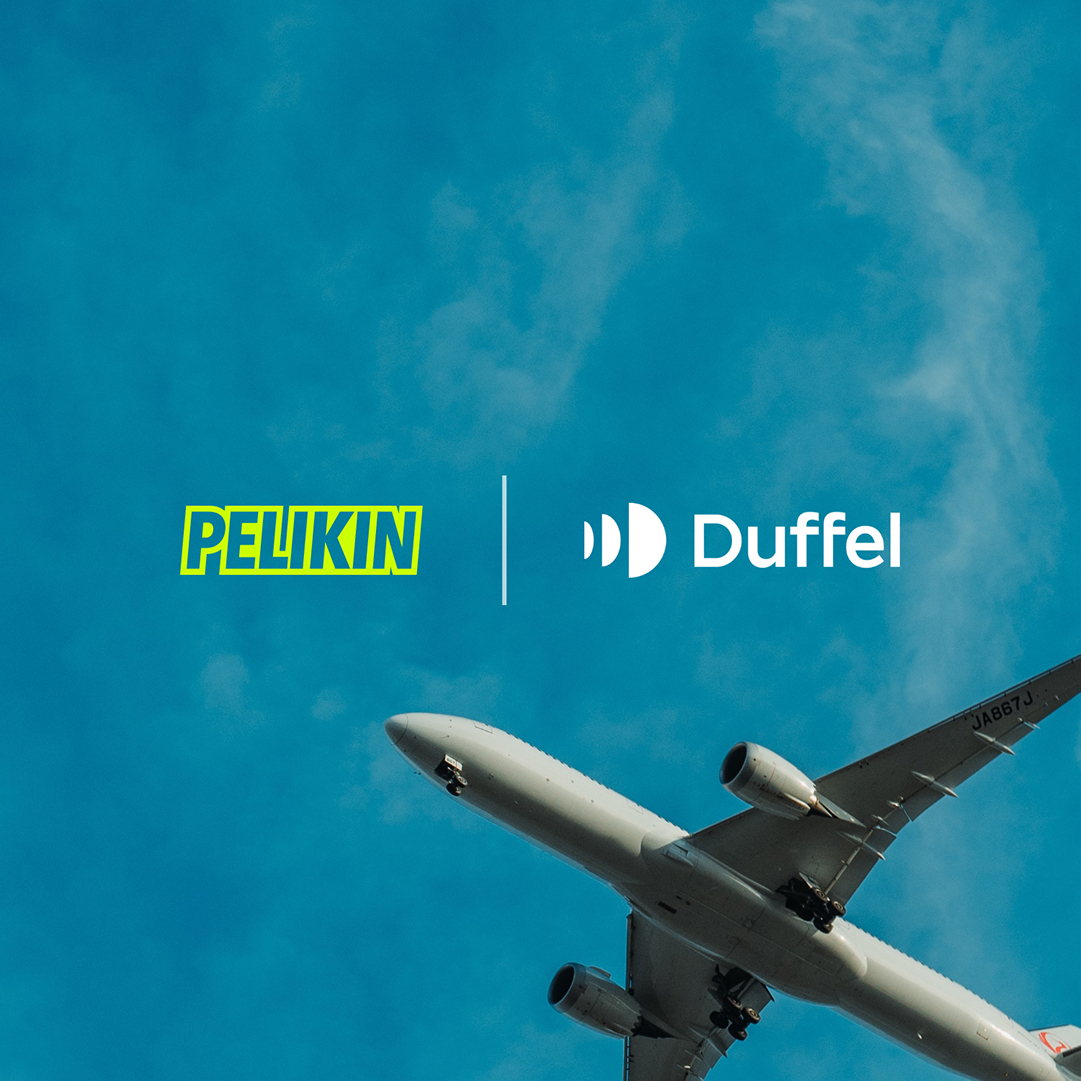 Pelikin will be able to integrate into Duffel’s API and allow its customers to book flights through Duffel’s wide range of airline partners all within the Pelikin travel app. It’s a partnership driven by innovation, with two up-and-coming players in the travel industry joining forces to give young travellers a seamless end-to-end experience for their travel needs.

Initially Pelikin found it difficult to find a flight provider that aligned both with their goals as a business and was a viable commercial model when they began to explore the idea, but they then came across Duffel. Choosing Duffel was an easy decision to make for the brand, as it gives its users access to the best flight deals and paid extras offered by different airlines.

In the past year, Duffel has also added the functionality to select seats and manage paid extras like baggage and hopes to roll out features that include flight changes and loyalty programmes soon.

It’s a strategic move that gives Pelikin the ability to scale its business quickly with Duffel’s easy integration process, without having to dedicate precious resources to month-long integrations. Pelikin can easily access flight inventory from major airlines like American Airlines, British Airways, Emirates, Lufthansa Group, Qantas, and more without having to integrate with each separately.

Pelikin CEO, Sam Brown says, “Offering flights via our app has been a feature we’ve been keen to add but getting all of the various accreditations and building a platform capable of doing it in a way that benefits our customers made it almost prohibitively difficult and time-consuming. Not only does Duffel remove these barriers, but its self-service platform is also incredibly intuitive.”

For Duffel, Pelikin’s super app is the perfect entry point into the Australian market. It also serves as the runway to showcase their product and how it caters to both traditional travel sellers and new customers in the fintech space.

The potential is clearly not lost to Matt Williamson, Duffel’s Business Development Lead, who says of the partnership, “Pelikin is building a fresh and engaging travel and money card, and we are excited to be working with them to provide a seamless experience for flights. As Pelikin continues to grow, and as travel begins to recover, we look forward to supporting their growth through the use of our powerful

APIs where they can add airlines and features quickly and easily and better manage the end-to-end customer experience.”

And to manage Pelikin’s new flight offering, the company has hired the services of Jerome King to the position of Head of Flights.

Speaking about his new role, Jerome says, “I’m looking forward to working for an innovative company like Pelikin. It’s a challenging time for all sectors of the travel industry but the key to recovery will be through innovation, the use of new technology and agility, particularly as ‘new’ destinations come back on board.”

With Jerome’s experience and vast network in the global aviation space, he will spearhead product development. His position will be to work with airline partners to design a flexible and well-priced product that will be accessible to students and younger travellers so Pelikin can offer the best price point domestically and internationally.

Speaking about Jerome’s appointment, Sam Brown said, “We can’t lose with Jerome at the helm of our flights product, and the fact that such an experienced and well respected industry veteran believes in our vision is a massive validation for us that we’re on the right path to do big things. We’re going to help a lot of young travellers explore the world!”

With the current pent up desire to travel in young people, it’s only a matter of time until the travel industry gets traction towards recovery. This partnership, together with Jerome King facilitating the way, Pelikin and Duffel will be able to offer a comprehensive product that will make travel extra enticing in a post-COVID world.

Pelikin is ramping up preparations for the return of travel and with the current pent up desire to travel in young people, it’s only a matter of time until the industry gets traction towards recovery. As a young travel start-up, Pelikin is confident that through the past 18 months’ worth of work and secured partnerships that it can be the new leader in the youth and student market.

With the latest partnership with Duffel, together with Jerome King facilitating the way means Pelikin will be able to offer a great travel product that will make travel extra enticing in a post-COVID world.